Dolphin is a Wii and GameCube emulator with high compatibility across the majority of titles for both platforms. It was first developed as closed source in 2003, and as open source since 2008.

It allows PC gamers to enjoy games for these two consoles in full HD (1080p) with several enhancements: compatibility with all PC controllers, turbo speed, networked multiplayer, among other things.

Please read about the differences in Dolphin versions below.

Those differences are specific to NSMBW and irrelevant to other games.

It is recommended to use Version 5.0 or a Nightly Build.

Dolphin emulator can open Wii ISO files, WBFS (Wii Backup File System) files, and also play the extracted contents of such files. The setup procedure for the third method is more complex, but allows to edit levels on-the-fly, while the emulator is running. Please consider, that it's also very time-consuming to create a new ISO/WBFS archive each time something has changed in your game. Please see Extracted Game. 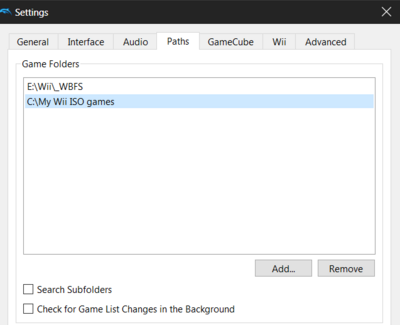 To populate the list of available games, it's needed to to setup the Game Folders where Dolphin will look for games. Click on Config, then select the tab Paths and add directories with ISO/WBFS files in them to the list. Proceed by pressing Ok. The list in the main window should now show your games.

It's also possible to add paths to .dol files from extracted games to this list. This will be explained later in the tutorial.

It is advised to use this method for extensive testing.

Dolphin is capable to play the extracted contents of a Wii ISO or WBFS file. This makes it very easy to edit files in general, and especially easy to edit a level on-the-fly. First we need to obtain the game files. The steps are similar compared to this tutorial (Obtain Original Game Files), with the exception that we need to extract the entire disc instead of just Partition 1. You can follow the steps in the above tutorial, or read on for the precise steps. 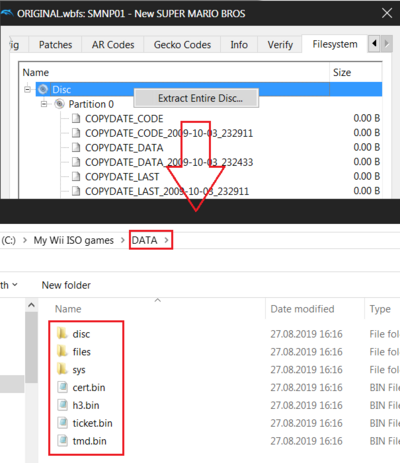 Please read on. We'll be talking about how to use more than one extracted game patch in parallel.

It is possible to use multiple extracted games in parallel. Useful if you have to supervise more than one project.

How to create multiple custom Game Patches based on Newer

Games is the Dolphin Game Patches folder. You can choose any folder name you like of course.

You should now have an entire copy of the game in both folders.

All your game patches in that folder should now show up in the list. More custom game patches can be added as well if needed. It's also possible to add NSMBW (original game) as a Dolphin game patch, alongside Newer patches.

To start an extracted game now, simply double-click on it in the list.

Savestates is a feature that saves the exact spot you are in any game. You can use this feature manually by going into the File menu or by quick keyboard shortcuts. 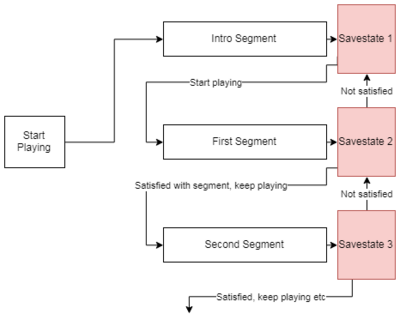 Retrieved from "https://horizon.miraheze.org/w/index.php?title=Dolphin_Emulator&oldid=5147"
Category:
Cookies help us deliver our services. By using our services, you agree to our use of cookies.